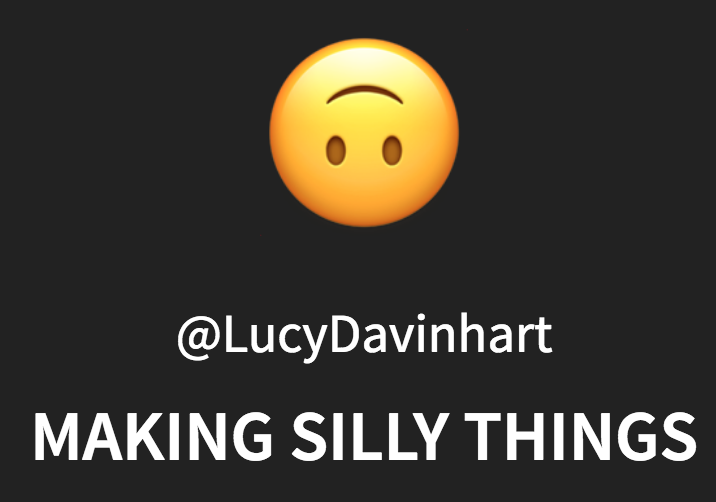 As much as I’d like my talk to be named Upside Down Smiley Face Emoji, you’d have no idea what to expect seeing that on meetup.com

So I’m gonna talk about making silly things, and why you should do it.

1 - Emojis - Example of being Silly

Let’s start with an example. I have a reputation for perhaps being a little enthusiastic when it comes to emojis. And so while ago, this manifested as this:

And you may be asking yourself… why?

This silly idea of mine was prompted by a twitter bot I found which was tracking the least used emojis in emojitracker, tweeting it out on a schedule.

First we have to go back a few years…

These days, I have the word “Senior” in my job title, so people seem to think I’m awesome. They might be right… [pause for laughter?] but nah, the impostor syndrome is still there. I’m just getting better at dealing with it.

Doing Stuff Because It Scares You

So yeah, that’s all I have for you.

Look for things you don’t understand, and come up with silly ideas as an excuse to experiment with them.